Pearl Jam found a perfect way to celebrate the 25th anniversary of classic debut album, Ten, last night (April 29) in Philadelphia. Fans inside Philadelphia’s Wells Fargo Center guessed a special night was ahead when the band began the show with the first song from its 1991 album right after the venue unfurled a flag celebrating 10 Philadelphia sell-out shows over the years.

When frontman Eddie Vedder led the band into into the album’s second and third songs, a muscular “Even Flow” and mega-anthem “Alive”—songs usually reserved for much later in the set—the nearly 20,000 cheering concertgoers knew they were witnessing the veteran Seattle band power through the entire favorites-filled album in order.  Pearl Jam hasn’t played all of Ten since a tiny March 1992 club gig in Munich, Germany.

Turns out bassist Jeff Ament was dropping a whole different kind of hint recently when he told Fuse that fans shouldn’t hold their breath for Ten played in order this summer when the album turns 25. Apparently the treat was in store several months early.

And the Ten portion of the Philly set was just the beginning. The three-hour sold-out gig went on to encompass rare covers (notably Neil Young’s “Throw Your Hatred Down”), loads of favorites (“Better Man,” and “Corduroy” among them”) and a one-two punch of a finale with a lights-up cover of The Who’s “Baba O’Riley” into their signature “Yellow Ledbetter,” complete with guitarist Mike McCready channelling Jimi Hendrix on an electric guitar workout of “Star Spangled Banner” to finish the night. 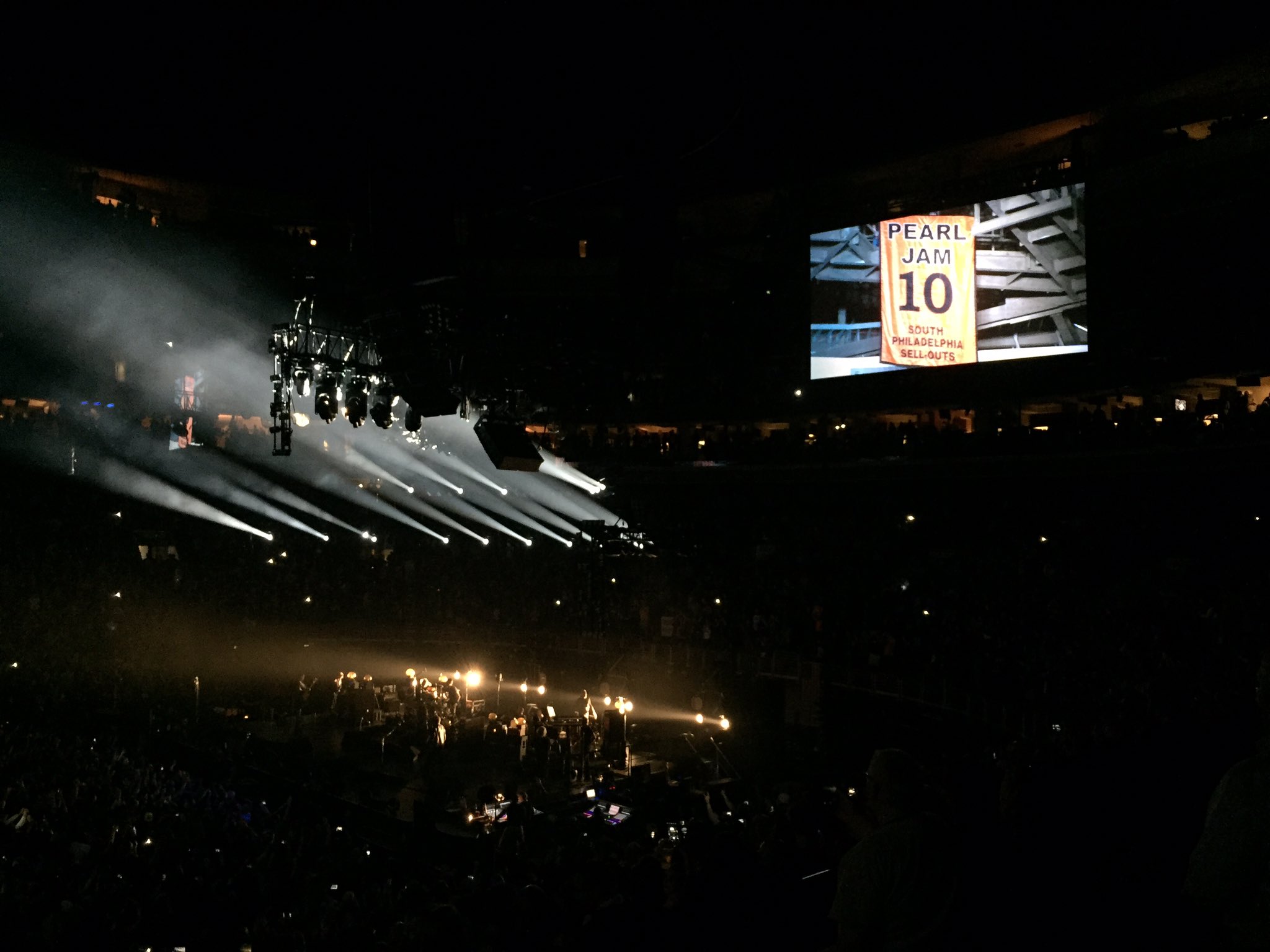 Pearl Jam’s tour rolls on to New York’s Madison Square Garden tomorrow night (May 1). In June, the group will headline one night of Bonnaroo, and in August they are slated to play two nights at Boston’s Fenway Park and two nights at Chicago’s Wrigley Field.

The GRAMMYs Continue to Shut Out Black Artists In Major Categories, But Should We Be Surprised?